Matterport released Showcase v3.0.3 which contains several undocumented changes to how the SDK works along with some pretty exciting features.

Both the Mattertag Directory and the Minimap Hotspots were affected by changes to the SDK namespaces and these issues have been resolved with feedback to the team at Matterport.

With WP Matterport Shortcode, you can embed Matterport Spaces in WordPress with a click-to-start thumbnail that opens your space above the site in a distraction-free mode.  It speeds up your site’s load time and allows you to rapidly build a responsive gallery with columns.  What’s even better is that you can use the plugin to apply MPEmbed settings to all of the tours in the gallery at once!

Oh, and here’s a preview of a feature that you will be seeing in premium: 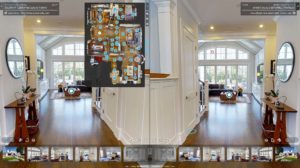 Oh, and I added &filter=saturate — 125% saturation.  &filter=oversaturate is 150% saturation and that’s sometimes a bit too much.